“Everybody’s nerdy about something.”

That’s according to brewer and co-founder of Tin Whiskers Brewing Co. Jeff Moriarty. And he’s right — I still quote Jack Black lines all the time from 2006’s Nacho Libre, and Katie is obsessed with mermaids. We’re 28-year olds, but whatever. 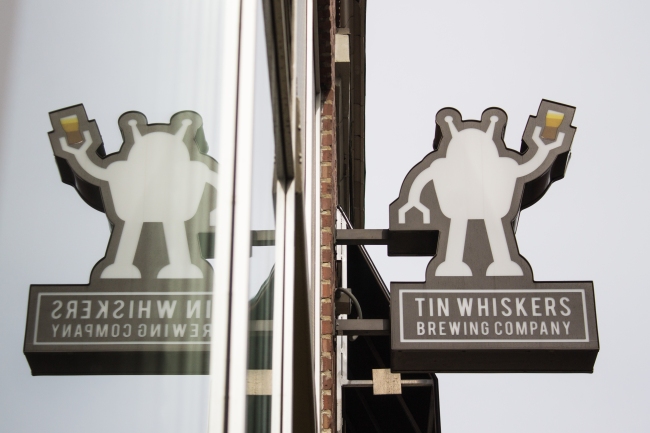 On a cloudy Saturday afternoon in March, we made a first-time visit to Tin Whiskers Brewing in St. Paul. We typically prefer to steer clear of downtown breweries — the traffic, parking and general bustle often seem more effort than it’s worth — but we’d never been before, we’d heard great things and Jeff had invited us out to join the organized tour. 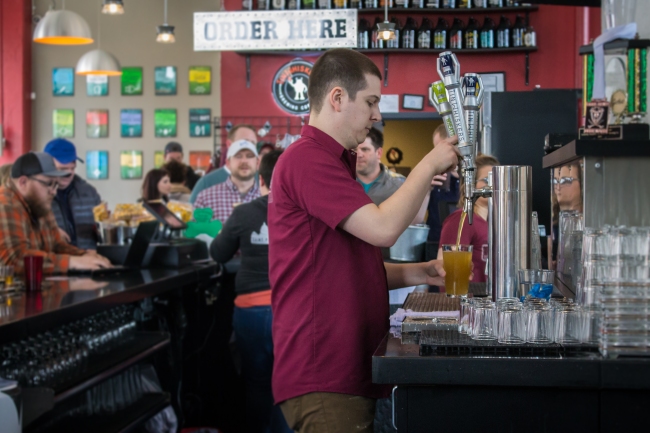 By our standards, Tin Whiskers is a brewery doing things right — they sport a fun, animated taproom, personable staff and dang good beer. We loved the colorful murals on the walls and natural light streaming through huge glass windows. A little on the smaller side, seating and space in the taproom are limited; by the time we arrived about 1:30pm all the available seating was already taken; I can only imagine what the place is like on a Friday or Saturday night. 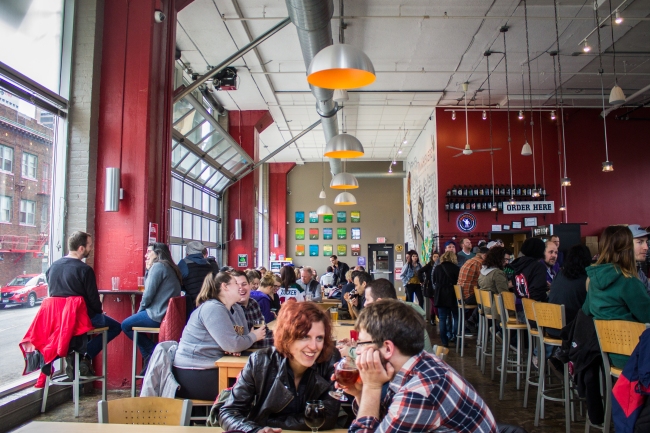 As we were there primarily for the tour and to get our Hop Passport stamped, we didn’t sample as many beers as we would have liked to, but the two we did were fantastic. The Dark Knight Stout was a perfect combination of blueberry and chocolate, and the Mexican Punch Wheatstone packed a heck of a spicy/sweet fruity/wheat punch! If we weren’t heading off to visit a couple more breweries, we definitely would have stayed for a flight (or two)! 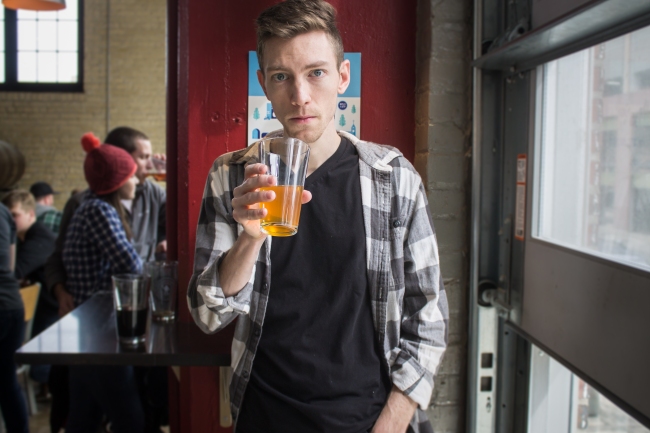 Our only real critique of Tin Whiskers is the tour itself. A tour — by definition — is a journey with a starting and ending point, and that’s what we’ve grown accustomed to from previous experiences. Because all of Tin Whisker’s brewing happens behind the bar — and because of the limited space — there’s really nowhere to travel to and little room to move. Instead, the tour was more of an informational session, with 25-30 of us packed behind the bar for 45 minutes as we stood listening to Jeff share. It was certainly educational and interesting — Jeff had some neat pieces and products to show-and-tell — but 45 minutes can feel like a long time when you’re standing in place. We did get a ticket each for a free pint afterwards, which is always a bonus! 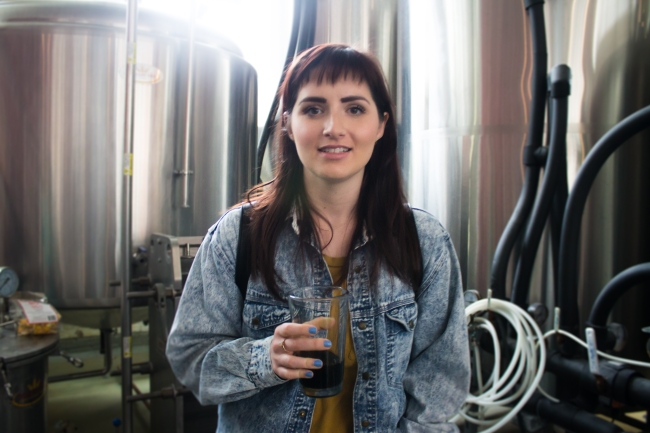 We did learn a lot about Tin Whiskers, though, like that the space was once a shoe factory and before that an ammunition factory. The theme we’d initially interpreted as “robots” wasn’t too far off — actually inspired by the brewers’ backgrounds in electrical engineering and circuit board-building. A “tin whisker,” we found, is “an electrical engineering term for when tin solder grows a tin ‘hair’ that results in a short circuit on a printed circuit board.” Lingo above our heads, but our appreciation for the Futurama-like characters and beers named after engineering terms (Flip Switch IPA, Short Circuit Stout, Spark Series, Circuit Breaker Double IPA) grew with the help of context. We were particularly interested in one statistic Jeff shared with us — when Tin Whiskers opened in 2015 there were about 70 craft breweries in Minnesota; three years later that number has doubled, and 20% of the new ones opened last year. There’s no doubt the craft beer scene in Minnesota is thriving, or at the very least growing fast.

Tin Whiskers really does pride itself in the nerdy, and their calendar features events for all sorts of nerds — bikers, artists, gamers and casual or avid drinkers alike. 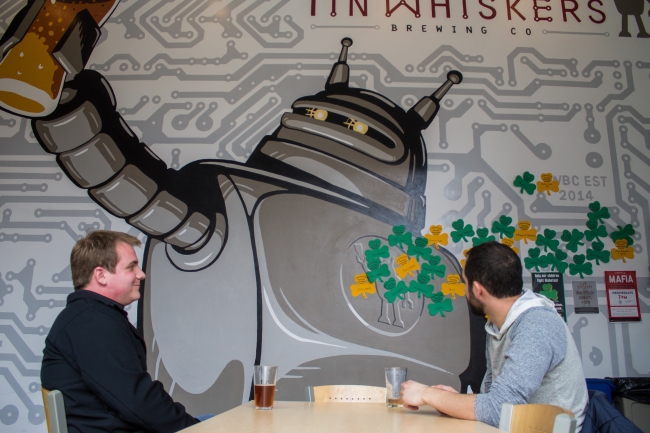 Overall, we had a really positive experience. If you’re already in the downtown St. Paul area — whether living or visiting — Tin Whiskers is definitely worth stopping for a drink on-the-go. We’ll probably favor a different brewery for casual drinks out with friends ourselves, but we’ll definitely keep an eye out for Tin Whiskers’ cans in the liquor store for drinking at home!

Here’s our full review (categories are rated out of five 🍺):

If you’ve been to Tin Whiskers before, what did you think?

View all posts by aleadventuresmn